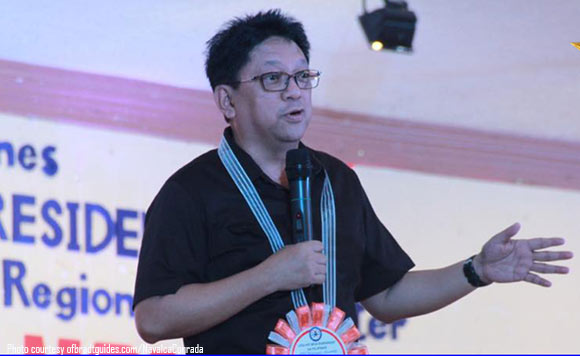 Dayanghirang on Tuesday said he already e-mailed his resignation letter to House Speaker Pantaleon Alvarez, the secretary general of PDP. The councilor has been a member of the party for a long time.

“I will remain as an ordinary member of PDP-Laban due to my belief in the principles of the party. I believe in the politics of principles and not politics of personality,” he said.

He said he would remain as an ordinary member of the PDP-Laban as he cannot effectively work for his position with the present situation.

He stressed his loyalty remains with the Dutertes – President Rodrigo Duterte and Mayor Sara.

He said he already pledged to be a member of HNP, a regional political party initiated by Mayor Sara with the support of four Davao provincial governors.

There are already members of PDP-Laban at the local level who signified to bolt out of the party. Prior to the launching of HNP Compostela valley Governor Tyron Uy from the PDP-Laban in order to give more focus to the newly-formed party.

While the membership in the HNP has no conflict with whatever national political party they are affiliated, Uy said he wanted to help in the realization of the vision of HNP.

Davao Occidental Governor Claude Bautista, a Nationalist People’s Coalition (NPC) member, said he could be considered resigned following his joining the HNP. Bautista said his joining of the HNP poses no problem with Representative Lorna Bautista.

On the other hand, Davao Oriental Governor Nelson Dayanghirang, a member of the Liberal Party, said he has informed and explained the dynamics of the HNP to former governor and now Representative Corazon Malanyaon.

Under the Constitution and By-Laws of the HNP, Davao local officials can join if they are not members of any regional political party.

The creation of HNP is an initiative of Duterte-Carpio to strengthen positions of the Davao Region for progress and development. The party will also look into the overall socio-economic needs of the region and see to it that the region will unite for growth. (Lilian C. Mellejor/PNA)