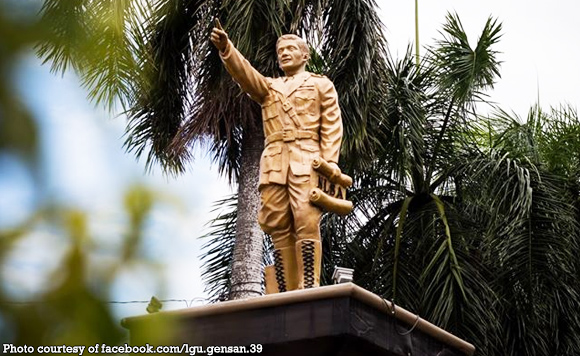 0 170
Share
Want more POLITIKO News? Get the latest newsfeed here. We publish dozens and dozens of politics-only news stories every hour. Click here to get to know more about your politiko - from trivial to crucial. it's our commitment to tell their stories. We follow your favorite POLITIKO like they are rockstars. If you are the politiko, always remember, your side is always our story. Read more. Find out more. Get the latest news here before it spreads on social media. Follow and bookmark this link. https://goo.gl/SvY8Kr

The launching of the General Santos City Bio Historical Markers marked the celebration of the 80th anniversary of arrival of Santos, NSLA Personnel, and the first batch of settlers on Feb. 27, 1939.

Bio Markers highlight various aspects of the General’s experiences and life events so that the generation to come will have a greater understanding and appreciation of his life story.

“The local government of General Santos City in partnership with Pioneers and Descendants of Gen. Paulino Santos continuously works together to give recognition to historical sites in the city,” the city government said.

The unveiling of historical markers is a week-long activity that began on February 10 until February 13.