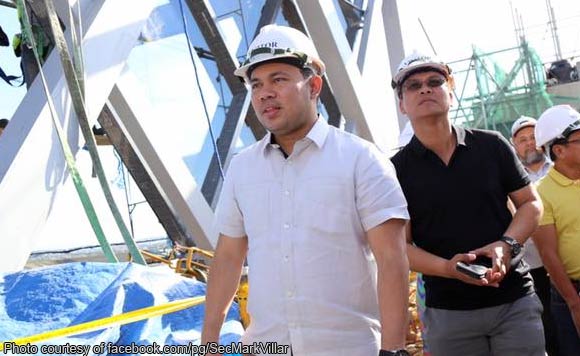 Some 47 sets of heavy equipment donated by the People’s Republic of China have arrived in the country, the Department of Public Works and Highways (DPWH) said Tuesday.

According to DPWH Secretary Mark Villar, the construction equipment arrived at the Port of Iligan City this week and would be used for the quick recovery phase of Marawi City.

“Through China’s Emergency Humanitarian Assistance Program, we expect seven more equipment to arrive,” he said in a statement.

Villar said they have so far finished site development works for six areas of transitory houses for Marawi siege evacuees.

“The area, which has been developed by DPWH in Barangay Sagongsongan, Marawi City, can accommodate 1,100 families,” he said.

“Road concreting will be completed by November this year,” Villar added.

DPWH is the lead agency for the reconstruction committee of the Task Force Bangon Marawi (TFBM).

“We have ordered all engineers concerned to prioritize the assessment of the area and make sure that all necessary procedures are taken care of even before the on-ground rehabilitation starts,” Villar noted.

“Our priority is to make sure that roads and bridges are in place such that there is smooth access of Marawi and its nearby towns,” he added.

Likewise, the DPWH provides and monitors assistance to evacuation centers such as improvement of roadways, installation of water supply system, latrines, communal kitchens and other related matters. (PNA)