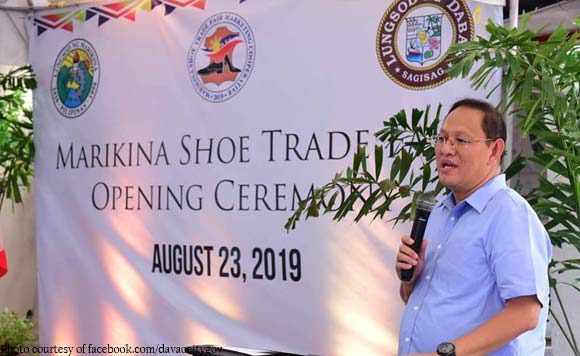 The local chief executive noted that Duterte’s sporting Marikina-made shoes and other locally-made products could help local manufacturers and producers.

“It may be a simple act of wearing a locally-made shoes but it made a great impact on our industry,” said Teodoro, who led the 25-member delegation of Marikina-based Philippine Footwear Federation Inc. (PPFI) and local government officials during the opening of the first Marikina shoe store at the Pasalubong Center in Davao City recently.

Cultivating local ingenuity and craftsmanship is what Davao City needs and the whole country, he said.