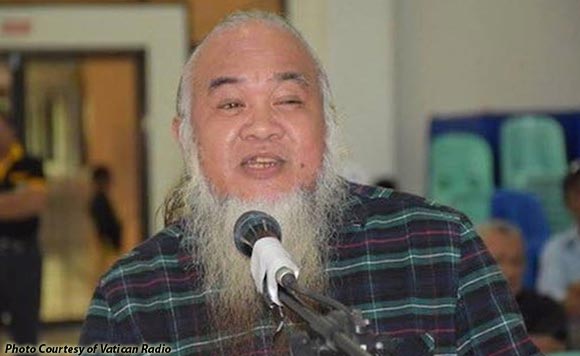 The bad news: the same report said he is being forced to help turn fellow captives into “suicide bombers.”

One of the escapees, Romar Marjalino, said this is done by attaching gunpowder from firecrackers to the bodies of the captives.

Marjalino bared that they planned on bringing Suganob in their escape but the latter declined since he was apparently “ready to die.” He also noted that the priest was very weak.

It can be recalled that the Maute members, who marched into Marawi last May 23, abducted Suganob and at least 13 others at the Cathedral of St. Mary’s.

Among those kidnapped were the parish secretary, two working students, and at least 10 parishioners.

Shortly after Suganob’s abduction, a video of him urging the Philippine government to halt its offensive against the Maute went viral on social media.

However, the belief is that the priest was just forced by the rebels to make such appeal. #