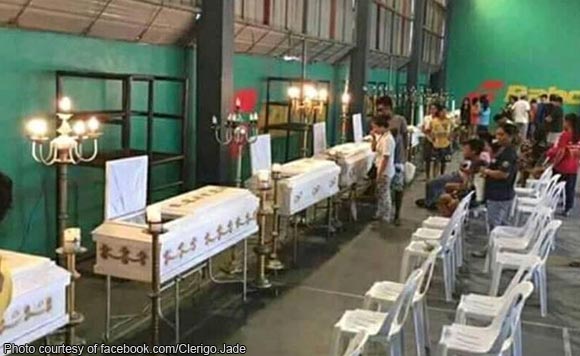 The city government of Davao will extend P2-million worth of assistance to the victims of landslide in Naga City, Cebu, an official said Wednesday.

Councilor Danilo Dayanghirang, chair of the City Council’s finance, ways and means committee, said it was Mayor Sara Duterte-Carpio who asked the Council to earmark P2 million for the Naga landslide victims. The Council approved the proposal.

The assistance, in the form of food and non-food items, would be sourced out from the 5-percent Quick Response Fund (QRF) of the city government for 2018.

“Under the law, a Local Government has the discretion to give aid to other LGUs, as long as they are under a state of calamity,” Dayanghirang said.

At least 60 people died in the landslide near a quarry site in Naga City, burying several houses and other structures.

Dayanghirang said the city government has still P165-million available fund, which could be spent for disaster-related incidents.

Of the total amount, a little over P65 million could be sourced from QRF, while about P100 million from the city’s disaster fund.