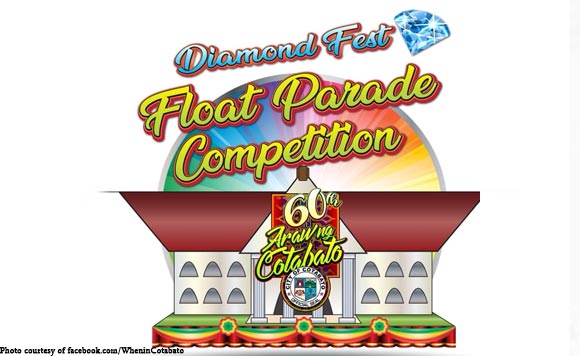 0 189
Share
Want more POLITIKO News? Get the latest newsfeed here. We publish dozens and dozens of politics-only news stories every hour. Click here to get to know more about your politiko - from trivial to crucial. it's our commitment to tell their stories. We follow your favorite POLITIKO like they are rockstars. If you are the politiko, always remember, your side is always our story. Read more. Find out more. Get the latest news here before it spreads on social media. Follow and bookmark this link. https://goo.gl/SvY8Kr

The city government of Cotabato is inviting the residents of Cotabato to participate in the float parade competition in line with the upcoming Diamond Anniversary of the city this month.

“The float parade competition is open to all groups, agencies, or organizations in the city and we are inviting you all to be part of this colorful parade and get a chance to win cash prizes of up to 150,000 pesos,” the local government said.

The interested participants may visit the City Information Office at the People’s Palace for more details, it said.

“This event, which highlights the city’s milestones for the past 60 years, will be showcased through display of embellished floats traversing our major streets,” the city government said.

Hotter than the sun! Isabelle Duterte sizzles in Bali, Indonesia