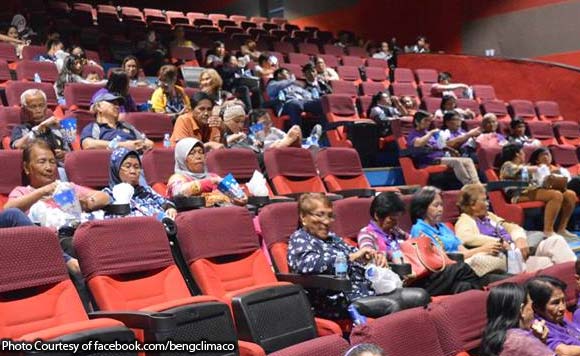 This as the city government led by Mayor Beng Climaco led the launching of the free movies program for the city’s senior citizens Thursday, April 4.

The program is pursuant to the ordinance approved by the Sangguniang Panlungsod, which provides that bona fide members of the Federation of Senior Citizens of Zamboanga City are entitled to watch free movies of their choice at least twice a month at any cinema of KCC Mall de Zamboanga.

Climaco said this is another initiative of her administration’s social services, giving additional benefits to the elderly as a way of thanking them for their contribution to the development of the city.

The city government forged a partnership with KCC Mall de Zamboanga for the implementation of the program.

Climaco said the local government is also trying to ink similar agreement with the other malls with cinemas in the city.