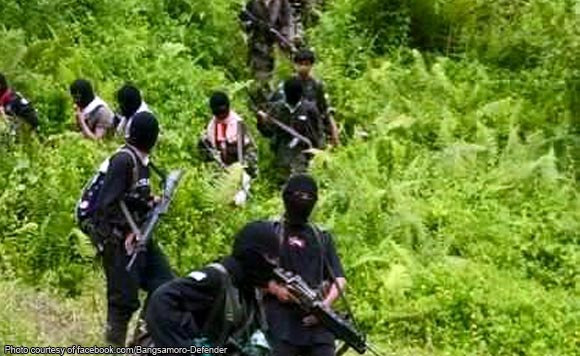 A vice mayoral candidate in Maguindanao denied on Monday that he is aiding the extremists Bangsamoro Islamic Freedom Fighters (BIFF) operating in the province.

This came about after Anwar Upahm, who is running for vice mayor of Shariff Aguak, Maguindanao, was asked by Maguindanao Provincial Prosecutor Rohaira Lao to submit a counter affidavit on the charges filed against him.

Upahm is facing violations of Republic Act 10168 (Crime of Financing Terrorism) and Lao gave him 10 days to submit his counter-affidavit.

Upahm, former manager of HELPS in the defunct Autonomous Region in Muslim Mindanao (ARMM), was accused of providing aid to the BIFF.

“This is plain and simple political harassment, this is politically motivated,” Upahm said in a statement to media Monday.

“This is the work of my political nemesis to discredit me ahead of the local elections,” he added.

In one instance, Upham was seen in a photo with a leader of the BIFF taking snacks in an unidentified place in Maguindanao.

Upahm admitted he went and met with leaders of the BIFF but he did it as an emissary of the government in convincing the lawless elements to surrender. To prove this, Upahm said he has a certification issued by the Army’s 601st Infantry Brigade on the matter. (PNA)