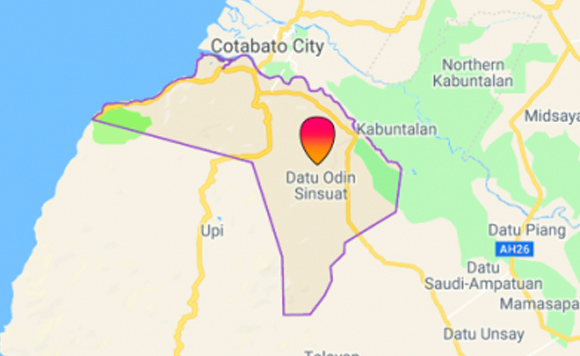 COTABATO CITY — A second blast rocked the town of Datu Odin Sinsuat, Maguindanao at 7:10 a.m. Monday, some six hours after the first blast shook the town hall in the area.

“Nobody was hurt in the two blasts,” said Lt. Col. Sabri Lakibul, police chief of Datu Odin Sinsuat, adding that elections around town continued uninterrupted despite the two incidents.

He said the twin blasts simply intends to sow fear among voters due to intense political rivalries among several political families in the area. The sites of the first and second blast were only 20 meters apart at the secluded back portion of the town hall at the Poblacion area.

The first blast occurred around 1 a.m., just an hour before the Commission on Elections (Comelec) started distributing election materials to teachers assigned at different voting precincts in the locality.

“Additional security personnel and K9 dogs are now deployed in the area to protect the people,” Lakibul said.

Among Maguindanao’s 36 municipalities, the town of Datu Odin Sinsuat registered the highest number of voters at 55, 106 according to the 2016 Comelec poll data. (PNA)

Here’s what the Pacquiao kids are having for breakfast