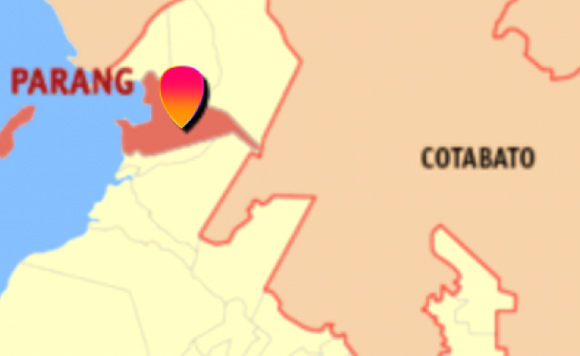 COTABATO CITY — Police are hunting down the people behind the hacking and strafing incidents in Parang, Maguindanao that injured the municipal administrator and three others on Monday, police said.

He identified the hacking victim as Municipal Administrator Usman Ibay III, a resident of Parang and brother of town Mayor Ibrahim Ibay; Abdulgani Latip, 54; a certain Nordz, 35, and another unidentified victim.

Alih said an initial investigation showed that Ibay and his companions were at the police center in Parang Central Elementary School when a commotion ensued between Ibay’s group and supporters of rival candidates at about 9 a.m.

Ibay was attacked with a machete and was hit in his arm. His companions rushed him to the hospital and is now out of danger.

About an hour later, a house in Polloc, Barangay Landasan, Parang, Maguindanao was attacked by gunmen.

Alih said unidentified gunmen on board a vehicle arrived in Barangay Landasan and opened fire on a roadside house that left three persons injured.

Alih said there were indications the two separate incidents were related, and a manhunt is ongoing to identify and arrest the perpetrators. The injured were rushed to Cotabato Regional and Medical Center for treatment.

Despite the twin incidents, Alih said that election in Parang was generally peaceful although there were some glitches that hounded the Vote Counting Machines. (PNA)