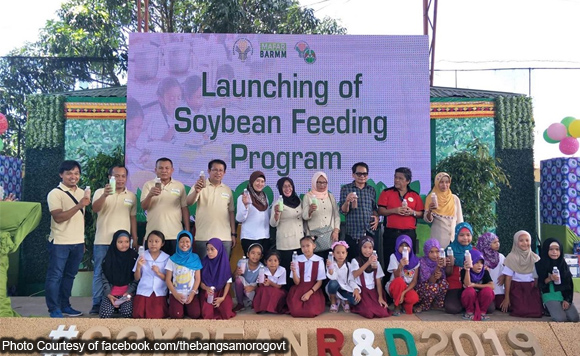 Some 500 farmers from Maguindanao province have graduated after completing the three-month School On Air (SOA) on soybean production, the Bangsamoro government said.

Ministry of Agriculture, Fisheries and Aquatic Resources-Bangsamoro Autonomous Region in Muslim Mindanao (MAFAR-BARMM) spearheaded the SOA, which was attended by the residents from the nine towns in Maguindanao.

MAFAR-BARMM Minister Mohammad Yacob said the SOA aimed to capacitate the farmers on production, utilization and marketing of soybean.

“Soybean is a secondary commodity, an alternative to rice and corn, but it is healthier, very high protein but low calories, that is why we want to help expound and add areas for production, we want to develop local market,” Yacob said.

Simultaneous with the mass graduation, which was held Thursday, June 13, the MAFAR-BARMM also conducted demonstration of producing products from soybean such as milk, soybean nuggets, soybean lumpia and other healthy products.

Honeylet Avanceña meets up with amigas in Davao