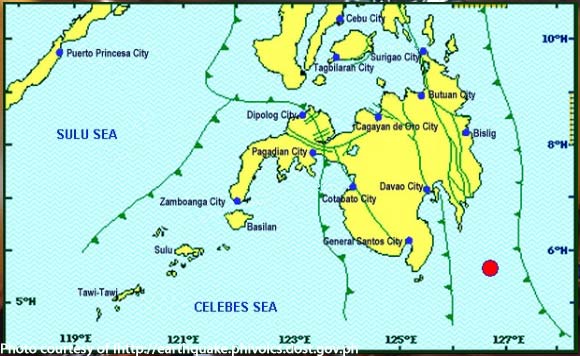 According to the Philippine Institute of Volcanology and Seismology (Phivolcs), the tremor, which was tectonic in origin, took place at 10:02 a.m., 126 kilometers southeast of Jose Abad Santos town.

Phivolcs said it did not expect any damage from the earthquake.