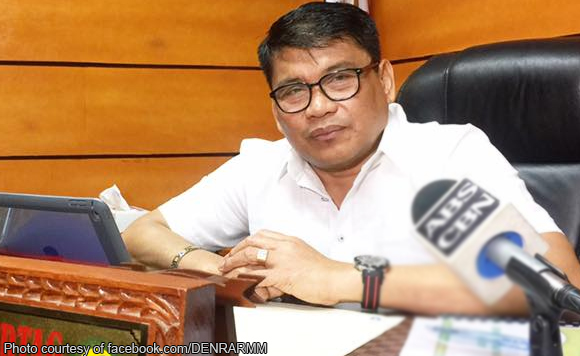 Farmers tilling the soil in the strife-torn towns of Shariff Aguak, Datu Saudi Ampatuan (also known as Pagatin), Mamasapano and Salibo, all in Maguindanao will be given P12 million worth of land titles or around 213 hectares of public land this coming Monday, October 10.

This was disclosed by Department of Environment and Natural Resources-Autonomous Region Muslim Mindanao (DENR-ARMM) regional secretary Forester Kedtag in a statement October 9.

He added that DENR-ARMM is distributing a total of 106 land titles covering 213 hectares of public lands.

The latter towns are known as the “SPMS” box. They are the hotbeds of the Bangsamoro Islamic Freedom Fighters (BIFF).

“The government is developing these areas into productive communities,” Kedtag said.

He said the DENR-ARM is planning to distribute 1,587 hectares currently classified as alienable and disposable public lands.

Kedtag said the massive distribution of land titles, dubbed “Handog Titulo,” aims at combating poverty and stimulating progress and development in the province.

It is a program for social upliftment in support of a vibrant economy and a more responsive government.

A project of Governor Mujiv Hataman, ARMM-HDAP is designed to implement various government initiatives specifically relief, rehabilitation, reconstruction and provision of livelihood programs that will promote peace and improve the situation in calamity-affected communities in 15 Maguindanao towns.