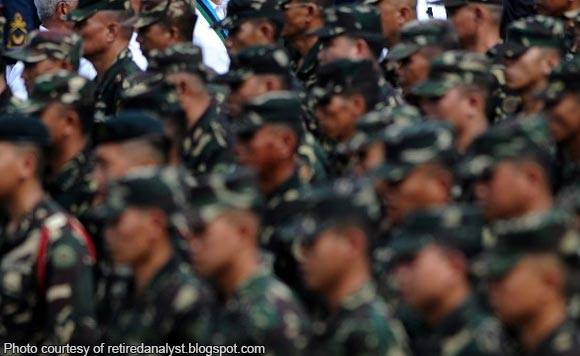 The remaining Maute Group remnants are now running out of space to fight due to the constant pressure being exerted by military units in Marawi City.

With this development, the government’s goal of defeating the terrorist band and restoring normalcy to the area is only a matter of time, AFP public affairs office chief Col. Edgard Arevalo said in a briefing late Wednesday.

“Our means towards that end is to constrict the freedom of movement (of the Maute Group remnants), specifically to reduce their manuever space, we are doing that right now (but) I cannot provide you the details as to how we do it,” he added.

Since the conflict started in May 23 after an attempt to arrest Abu Sayyaf leader Isnilon Hapilon and his cohorts, the AFP has been steadily mounting offensives against the terrorists until the latter are pocketed in a tiny portion of Marawi City which the military estimates to be in some 500 square meters area.

“But more or less somehow you can imagine what the AFP is doing, the intent is to the point that they have no room to maneuver so that at the end of the, at the concluding part of the operation, they have no other choice but to surrender or die,” Arevalo said.

As of this posting, Maute Group members killed are estimated at 649 along with 145 troops slain and 45 civilians executed. Firearms recovered are placed at 672 and rescued civilians at 1,728. (PNA)