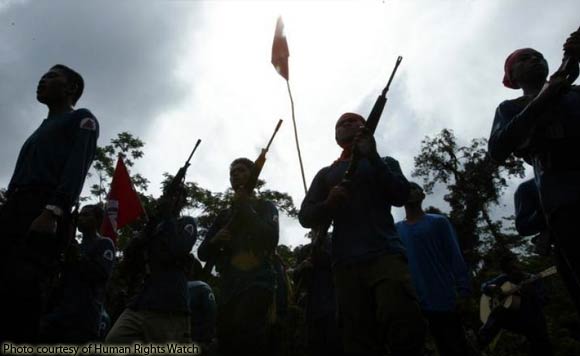 A female alleged member of the communist New People’s Army (NPA) was arrested over a “love triangle” after she was exposed by the live-in partner of her husband in Tagum City, Davao del Norte, military said.

She was apprehended in front of Davao Regional Medical Center in Tagum City after certain Chang, the live-in partner of her husband, divulged her whereabouts to 71st IB.

Ducusin recalled that Chang surrendered to him on All Souls’ Day upon realizing that the government is “truthful” in welcoming the rebels who would like to return to the folds of law. #