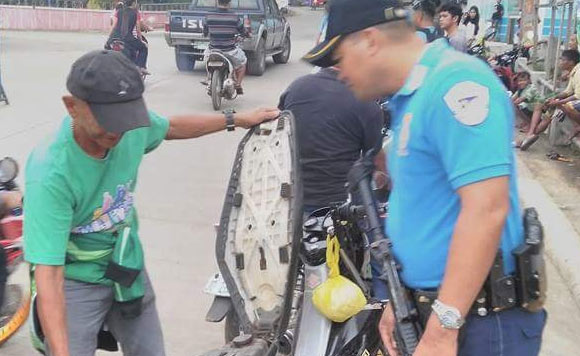 To prevent a repeat of the improvised explosive device (IED) blast in Lamitan City, Basilan last month, which killed 11 persons and wounded six others, Defense Secretary Delfin Lorenzana has ordered all military commanders to bombproof their checkpoint installations nationwide.

“(I ordered all military commanders) to bombproof all their checkpoints by placing barricades and other obstacles so that (the explosion would not hit them directly),” Lorenzana said Thursday when asked what measures could be implemented to prevent a repeat of the incident.

The defense chief added that troops and other military personnel should not cluster themselves near checkpoints and instead deploy themselves in formations that would provide them more protection.

The Armed Forces of the Philippines (AFP) earlier said that it is still to identify the driver of the van loaded with IEDs that exploded near a military checkpoint in Lamitan City, Basilan last July 31, killing himself and nine others aside from wounding seven more people.

One of the seven wounded, however, died in the hospital early this week, raising the death toll for the blast to 11.

The van suddenly exploded while the troops were about to inspect the vehicle at a checkpoint in the boundary of barangays Bulanting, Colonia, and Maganda in Lamitan City.

The military is eyeing Abu Sayyaf leader Furuji Indama as the mastermind behind the blast, in response to the growing number of terrorists surrendering in Basilan. (PNA)