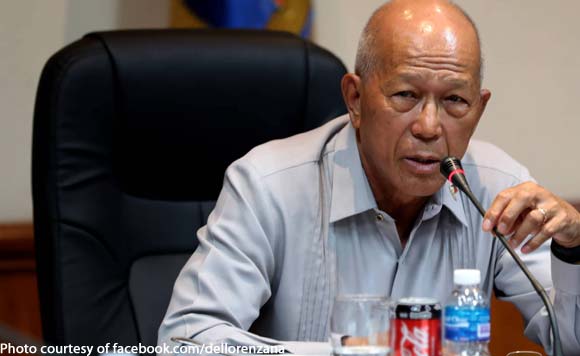 ILIGAN CITY — Officials and residents of Marawi City have expressed relief on the announcement of Defense Secretary Delfin Lorenzana that the government may not pursue its planned construction of a new military camp in Marawi.

In an interview over Radyo Pilipinas on Tuesday, Lorenzana said the government remains open to the calls of the residents not to pursue the plan.

Marawi Mayor Majul Gandamra said Lorenzana’s statement showed that the national government is mindful of the sentiments of the people.

“We are thankful that our President (Rodrigo Duterte) respects and has high regard to the sensitivities of our Maranao people,” Gandamra said.

On October 20, Gandamra wrote to President Duterte to request the relocation of the planned military camp in the center of Marawi.

Gandamra said the camp should be constructed in “a strategic position that will not necessarily encroach or invade the privacy of the populace and simultaneously, recognize historical sites with heritage value”.

In the letter, Gandamra also expressed gratitude to the national government for the city’s rehabilitation program after the city was destroyed during the five-month siege in 2017.

The mayor also clarified that the local government will not object to the national government’s enhanced security measures in Marawi, which includes the establishment of a military camp in the city to “prevent the resurgence of violent extremism and other forms of terror criminality”.

Zia Alonto Adiong, a member of the Bangsamoro Transition Authority (BTA), described Lorenzana’s statement as being “sensitive to the call of the residents because he is from Mindanao and he knows the culture”.

“This is not the first time he showed magnanimity of character. At the height of the Marawi siege, he was the first national official who came down to the evacuation centers in Iligan City and talked with the IDPs (internally displaced persons) and truly listened to them,” Adiong said.

In November, the BTA adopted a resolution of the provincial government of Lanao del Sur “appealing to President Rodrigo not to proceed with the setting up of additional military camp inside the most affected area in Marawi”.

On November 15, Duterte signed Memorandum Order (MO) No. 41 creating a technical working group to study the establishment of the camp.

More than 10 hectares of land in Barangays Kapantaran and Calocan East in the most affected area (MAA) and the city’s commercial hub were almost destroyed by the fighting in 2017.

On November 1, thousands of Marawi residents were allowed to get inside the MAA to perform their Friday prayer for the first time since the siege.

Marawi-based civic groups Saksi Radio Forum and Ranao Confederation for Peace organized the prayer in a bid to convince the government to reconsider the construction of the camp.

The prayer was followed by the gathering of signatures from residents as a petition asking President Duterte to halt the plan.

The petition, which has around 200,000 signatures, was brought to Malacañang on November 15, according to Najer Alnor, the secretary of Saksi Radio Forum. (PNA)