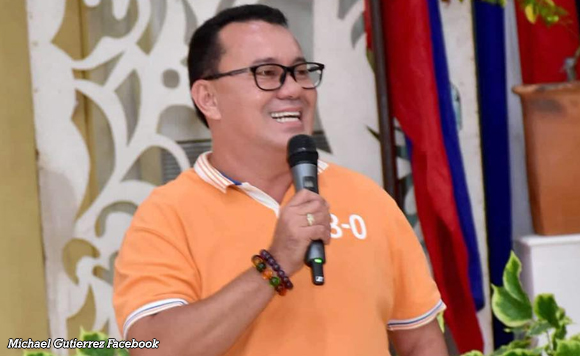 Lopez Jaena Mayor Michael Gutierrez, who was one among those injured in an attack in a Christmas gathering of some politicians in Tangub City, passed away Monday, December 27.

“With great sorrow, we announce the loss of our beloved husband, father and a leader, late Michael Gutierrez. He was a light in this world, and now we need to continue shining his light by carrying it within us in our own lives,” she said.

Andrea thanked those who sent messages, prayers, and support for their family.

Gutierrez, who was running for vice governor of Misamis Oriental, was hit by the slug on his left temple and exited on his nape when a sniper fired during a Christmas gathering on December 22 of PDP-Laban members and Asenso Ozamiz Local party in Barangay VII in Tangub City.

Jason Almonte, who is seeking for a congressional seat in the 1st District of Misamis Occidental, was also hurt in the incident.