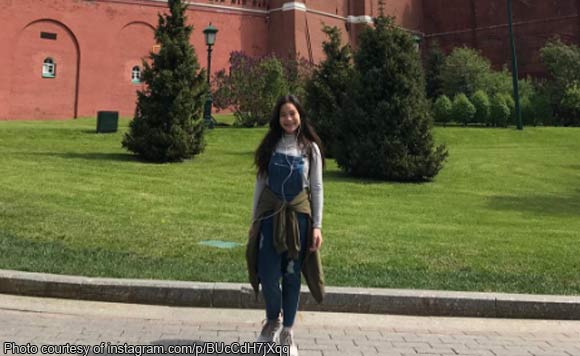 In response, Duterte’s daughter said: “the president had important business there. he was working and we went with him. nagtatrabaho at may sweldo sya. kapal mo.”

Kitty’s response was accompanied by an emoji of a middle finger.

Sensing Kitty’s annoyance, lesliesocal said: “how illigitimate. Just say you tag along to see the sight & a little R&R. What’s wrong with that explanation & (middle finger emoji) f¥€k you too!! there’s no need for th bird, just say it!! i’m sure your step sister @indaysaraduterte is loving your post… she should be there instead of YOU. Together with her mother instead of the presidents mistress.”

Perhaps outraged by lesliesocal’s comment, Kitty lashed out at the netizen and said she (or he) does not know anything about her and her family’s story.

“you’re a pathetic, insecure loser. what a pity. and if you think your dumbass words affected me, you’re wrong because i know the truth, little twat. Anyways, I don’t have time for your nonsense bullshit. And by the way, fuck you more. You’re trash, you can’t even reveal your identity. Nothing but a coward and piece of shit. Bye bitch. Remember not to cross me again, you envious loser,” she said.

“@lesliesocal oh and one more thing. They were annulled years before my mother and father started seeing each other. be sure to know what you’re talking about and who you’re talking to first. stupidass motherfucker,” she said.

Kitty is Duterte’s daughter with his partner, Cielito “Honeylet” Avanceña. The President’s first marriage to Elizabeth Zimmerman has been annulled.

President Duterte hasn’t been shy about cursing in public, peppering his speeches with invectives when he is mad, and directing them at people he’s furious at. 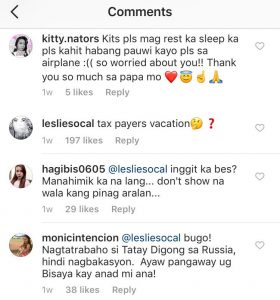 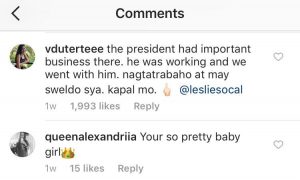 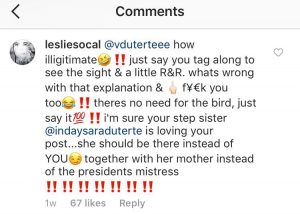 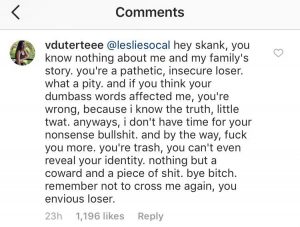 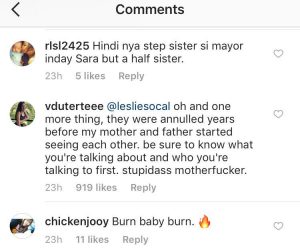 a pic of me with no sleep 😴