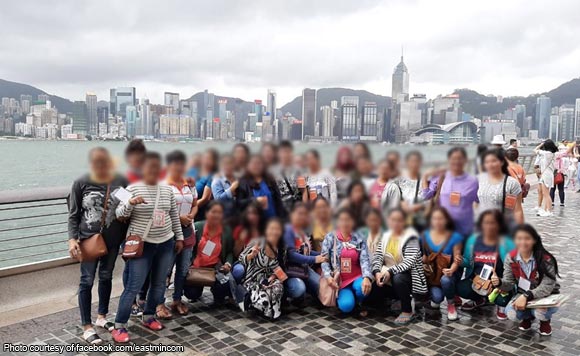 DAVAO CITY – A total of 88 former members of the New People’s Army (NPA) enjoyed an all-expense-paid tour of Hong Kong from July 30 to August 3, an official of the Eastern Mindanao Command (Eastmincom) said Friday.

In a statement, Lt. Col. Ezra Balagtey, Eastmincom spokesperson, said the group of former rebels consisted of four men and 84 women who surrendered to the command’s various units in the past few years.

Balagtey said President Rodrigo R. Duterte had promised the group in 2017 that they would be treated with a trip abroad, a promise that the President repeated when the former rebels visited Malacañang in February 2018.

“The FR (former rebels) beneficiaries are now undergoing an integration process,” he said, adding the purpose of the tour was to allow the former rebels to experience life in a modern urban setting and provide them with a better perspective compared to their old life as communist insurgents.

“They were able to appreciate the real essence of living in a modern world,” the military official said.

Lt. Gen. Felimon T. Santos Jr., commander of Eastmincom, said the tour “contributes to the continuing therapy and integration process for these beneficiaries as they slowly adapt to the normal life.”

The three-day tour was facilitated by Eastmincom and the Presidential Management Staff. (PNA)