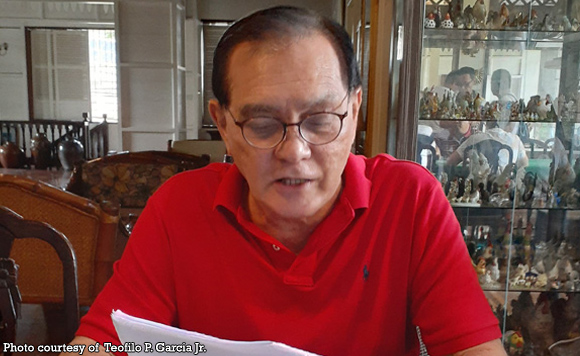 0 132
Share
Want more POLITIKO News? Get the latest newsfeed here. We publish dozens and dozens of politics-only news stories every hour. Click here to get to know more about your politiko - from trivial to crucial. it's our commitment to tell their stories. We follow your favorite POLITIKO like they are rockstars. If you are the politiko, always remember, your side is always our story. Read more. Find out more. Get the latest news here before it spreads on social media. Follow and bookmark this link. https://goo.gl/SvY8Kr

ZAMBOANGA CITY — The Office of the City Prosecutor has dismissed the libel complaint filed by Mayor Maria Isabelle Climaco-Salazar against former First District Representative Celso Lobregat for insufficiency of evidence.

The libel case against Lobregat started when he called a press conference last May 8, where the former lawmaker played a video purportedly showing people loading sacks of rice from the City Social Welfare and Development Office.

The video alleged that the sacks of rice were delivered to Salazar’s residence here.

Salazar’s complaint cited that Lobregat accused her of using government resources to boost her campaign.

Salazar filed the libel complaint against Lobregat at the Office of the City Prosecutor on May 10.

Both were then strong contenders for the mayoralty position in this city in the May 13, 2019 elections.

In dismissing the case, however, the prosecutor noted that Lobregat’s statement alluding to Salazar’s alleged use of government resources for her own advantaged can be interpreted in many ways.

In a seven-page decision, the prosecutor maintained that the statement “could refer to actions of the complainant or that it is a general statement referring to anybody particularly politicians involved in the May 13 elections.”

“Nonetheless, the respondent’s comment to the video shown was fair and based on the actual incident as shown in the video clips. Granting that it was an error, yet mere error in a conclusion of facts is not an indication of a person’s bad faith. There must be a clear showing of malice or ill-will, and not just mere disadvantage caused against the complaining party,” the prosecutor said.

The decision was penned on September 23, 2019, by Dipolog City Prosecutor Herminia Enero, who was designated at that time as the acting city prosecutor of Zamboanga.

A copy of the decision was furnished to PNA Sunday by Lobregat, who said he was elated by the dismissal of the libel complaint.

“I am happy that she continued the filing of the case, I am happy with the decision because people will now realize that this is not an election issue. This a real issue,” he added.