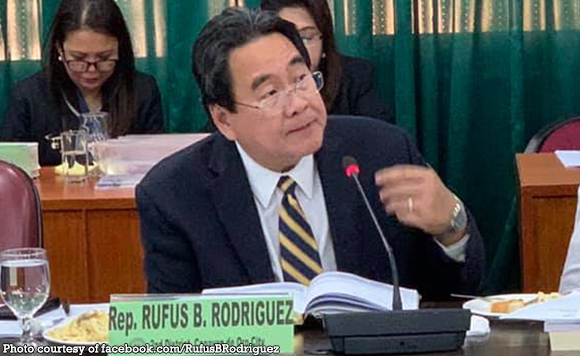 0 98
Share
Want more POLITIKO News? Get the latest newsfeed here. We publish dozens and dozens of politics-only news stories every hour. Click here to get to know more about your politiko - from trivial to crucial. it's our commitment to tell their stories. We follow your favorite POLITIKO like they are rockstars. If you are the politiko, always remember, your side is always our story. Read more. Find out more. Get the latest news here before it spreads on social media. Follow and bookmark this link. https://goo.gl/SvY8Kr

The chair of the House committee on constitutional amendments said the IRA gain is a result of the recent Supreme Court ruling expanding the base for computing such allocations.

He said based on a study done by the Department of Interior and Local Government (DILG), local government units (LGUs) would have a total of P1.116 trillion in IRA in 2022 with the SC ruling.

They would be allocated only P855 billion if IRA were computed based on the present formula, he added.

For this year, P649 billion is appropriated in the national budget as the LGUs’ IRA, which represents the share of local governments from national taxes.

The DILG heads the Inter-Agency Task Force on Constitutional Reform, which President Duterte has created to push for the administration’s Cha-cha proposals. The group is composed of nine agencies.

The task force has submitted its recommendations to the Rodriguez committee, which is holding another public hearing on the group’s proposals tomorrow (Wednesday).

Among its suggestions is the inclusion of the essence of the SC ruling on expanded IRA in the Constitution.

The SC ruling expanded the base to include not only taxes collected by the BIR but Customs as well, and other impositions, including half of value added tax (VAT) from the autonomous Muslim region, 60 percent of levies from the exploitation of natural wealth, and half of VAT on the sale of goods and properties.

The Department of Finance has opposed the immediate implementation of the SC ruling because of its negative impact on the country’s finances.