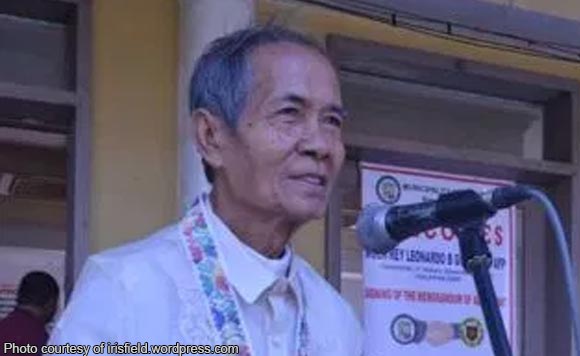 ILOILO CITY — Expressions of sympathy kept pouring to the family of the local chief executive of Leganes, Iloilo who passed away on Sunday evening at St. Paul’s Hospital in this city due to multiple organ failure, Vice Mayor Romi Marañon told a media interview Monday.

Jaen was a known practicing lawyer and served as mayor of the town for several years.

Marañon described him as his very close friend. “Our relationship is very harmonious,” he said.

“For many years, he offered his will, knowledge and diligence for the town of Leganes,” he added.

His remains now lies in state at the Moleta Memorial Chapel and Services in Miagao, Iloilo. The body will brought to the Leganes Municipal Hall on Sept. 19 and laid to rest on Sept. 26.

He is survived by his wife Estella.

Marañon replaced Jaen and took his oath of office before Defensor at the Capitol on Monday. He was joined by his wife, Edith, daughter Frances Anne and 2nd district Board Member Demy Sonza.

Also a practicing lawyer for 35 years, Marañon wanted a leadership that is “participative”.

“I have to consult my constituents or fellow leaders in every decision that I will be making” he said in a media interview.

Marañon said he will also continue all the priority projects that have been implemented by the late mayor.

He said he will still push for the big project in their town, particularly the conversion of 108-hectare old municipal fish pond into an industrial zone with modern port facility.

The proposed project, he said, has already been approved by the members of municipal board and now in the pipeline. However, it still has to undergo legal procedure.

Marañon’s post as Vice Mayor will be succeeded by number one Sangguniang Bayan member Lyle Bartolome.

Since the vacancy has been created by the death of Jaen, a Liberal Party member, Marañon said it was up to the party to nominate someone who will fill in the vacant position in the municipal board. (PNA)