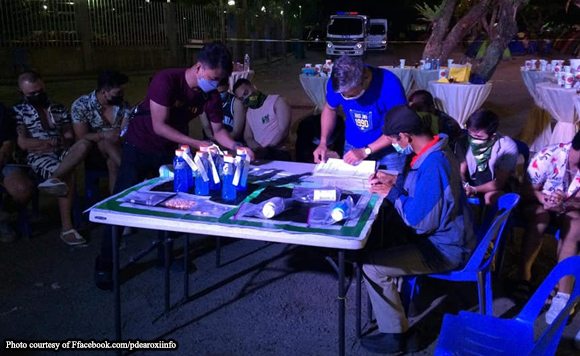 The public information officer of Davao City has confirmed attending a party on November 6 where agents of the Philippine Drug Enforcement Agency (PDEA) seized around P1.5 million worth of party drugs.

Jefry Tupas, who’s known to be close to Davao City Mayor Sara Duterte, said he was at the party held at the Sea Eagles Beach Resort in Pindasan, Mabini, Davao de Oro.

“I was there because like the other guests, I was invited. But I left right after dinner with my boyfriend and another friend,” he told local reporters in a Viber message.

Tupas has deactivated his social media accounts as of November 9.

Photos circulating on social media showed Tupas at the party, which was hosted by 33-year-old Revsan Ethelbert Elizalde.

PDEA said Elizalde was the subject of the raid, which happened past 9 p.m. He was caught selling one plastic sachet containing violet capsule believed to be a party drug worth P2,000 and one large vacuum-sealed plastic containing suspected marijuana worth P6,000 to an agent who acted as a buyer.

Among the illegal drugs seized during the raid were marijuana, shabu, suspected LSD and party drug liquid and capsules.

PDEA said they were caught in the act having a drug session.