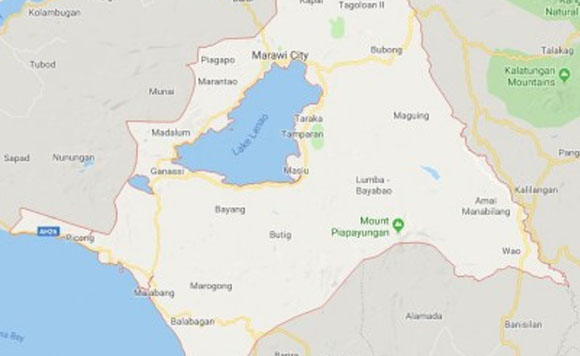 Col. Madzgani Mukaram, chief of Provincial Police Office in Lanao del Sur, said Mayor Nasser Pangandaman Jr., was on the way to his office from Marawi City when gunmen armed with high-powered firearms waylaid his convoy.

Mukaram said Sgt Pangandaman sustained a gunshot wound on his abdomen, Jamal on his right knee while Mangandog in his buttocks.

They are now in stable condition at the Amai Pakpak Medical Center.

“The Scene Of the Crime Operatives were deployed to the crime scene while the motive of the ambush is still to be determined,” police athorities said in a statement.

Masiu town is under the area of operation (AOR) of the 49IB while Buadiposo Buntong, where the ambush happened, is under the AOR of the 82nd Infantry Battalion (82IB).

Buadipos Buntong is around 10 kilometers away from Masiu.

“Our police and Army troopers under the 82IB are now scouring the area for the possible arrest of the perpetrators. An SITG (Special Investigation Task Group) will also be activated to help monitor the progress of this case,” Mukaram said. (PNA)

GenSan LGU to strengthen measures vs ASF through ordinance