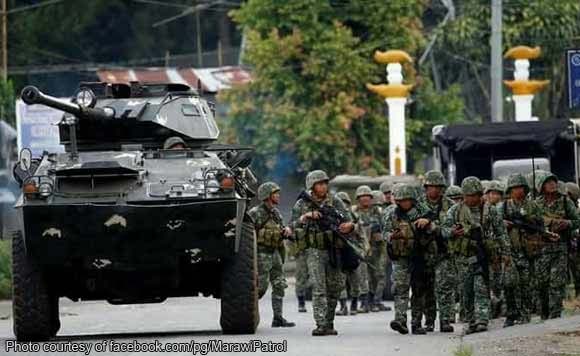 This as the local chief executive thanked the Armed Forces of the Philippines (AFP), together with the Philippine National Police (PNP), for keeping Lanao del Norte safe.

““Without these men in uniform we could not sleep well at night, we will not be here in order to celebrate as one people of Lanao del Norte, we will not be able to sustain the development that has come to our beloved province. It is proper to give our thanks for their sacrifice in keeping us safe,” she said during the recent launching of the “Paskuhan sa Lanao del Norte” held in Agora, Sagadan, Municipality of Tubod.

President Rodrigo Duterte has asked Congress to approve the extension of martial law for another year after it expires on December 31.

He placed the entire Mindanao under martial law after the ISIS-linked Maute terrorists started occupying Marawi City in May last year.

The fierce battle between the government troops and the Maute terrorists lasted for about five months, killing hundreds of people, particularly Maute members, and displacing thousands of families.

All-out support! Gov. Hataman reiterates readiness to step down once BOL is ratified