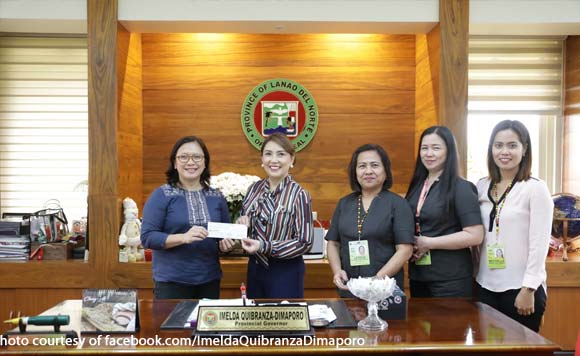 The Agricultural Training Institute (ATI) has turned over a P4-million check to the provincial government of Lanao del Norte as its prize for being a National Rice Achievers Awardee in 2018.

Lanao del Norte won in 2018 for Category B, with production performance less than 250,000 metric tons per hectare (MT/ha) and area harvested for 25,000 ha. The award was given by the Department of Agriculture (DA) held at the Philippine International Convention Center, Pasay City.

Dimaporo thanked the DA for recognizing the effort of the provincial government.

She also expressed gratitude to Echavez for continuously supporting the programs in the province through the Provincial Agriculturist Office (PAO).