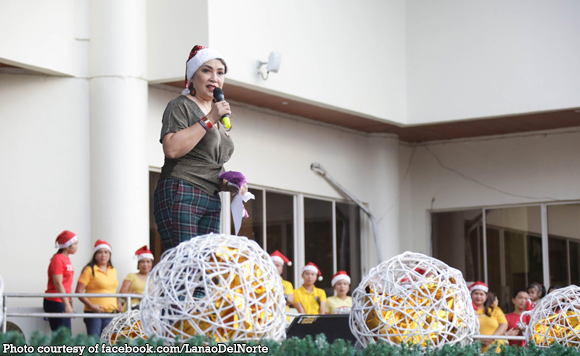 0 107
Share
Want more POLITIKO News? Get the latest newsfeed here. We publish dozens and dozens of politics-only news stories every hour. Click here to get to know more about your politiko - from trivial to crucial. it's our commitment to tell their stories. We follow your favorite POLITIKO like they are rockstars. If you are the politiko, always remember, your side is always our story. Read more. Find out more. Get the latest news here before it spreads on social media. Follow and bookmark this link. https://goo.gl/SvY8Kr

Dimaporo thanked the Philippine National Police (PNP) and the Armed Forces of the Philippines (AFP) in keeping the people and the province safe and secure.

A hip-hop dance competition was held early on to kick-off the activity and it was followed by the unity dance of the provincial government employees and friends.

Paskuhan sa Lanao del Norte is one of the many activities that the Provincial Government is annually celebrating to demonstrate the unity of the Muslims and the Christians in the province, the local government said. #