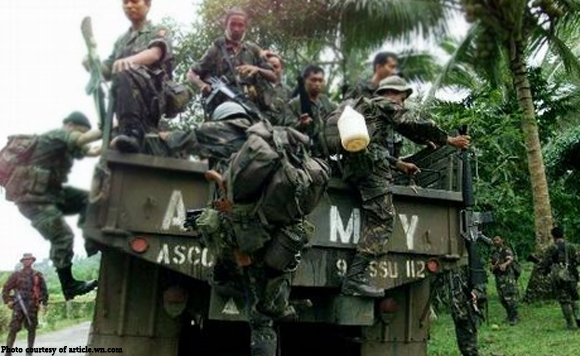 Even the military’s elite anti-terror soldiers, the members of the Joint Task Force-Sulu were tapped to help in the government’s campaign against “cocolisap” which is running havoc in the province’s vast coconut plantations.

This was after the Office of the President and local residents and soldiers in Sulu teamed up to conduct assessments on how to address the cocolisap threat Saturday, October 1.

She and her party were escorted by Joint Task Force-Sulu troopers and barangays officials in Kajatian, Indanan, and Upper Tambaking where assessments were made on how to contain the cocolisap menace.

Sulu is the hotbed of local terror group Abu Sayyaf and is responsible for the kidnapping of several local and foreign individuals.

A total of 13 kidnapping victims-six Filipinos, six Indonesians and one Norwegian-have been rescued or released from the hands of the bandits.