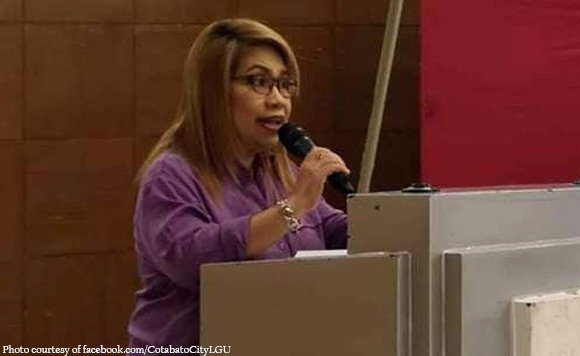 0 162
Share
Want more POLITIKO News? Get the latest newsfeed here. We publish dozens and dozens of politics-only news stories every hour. Click here to get to know more about your politiko - from trivial to crucial. it's our commitment to tell their stories. We follow your favorite POLITIKO like they are rockstars. If you are the politiko, always remember, your side is always our story. Read more. Find out more. Get the latest news here before it spreads on social media. Follow and bookmark this link. https://goo.gl/SvY8Kr

Mayor-elect Cynthia Guiani-Sayadi has vowed to continue her “iron fist policy” against lawbreakers, as she resumed her nightly “ronda” (night watch) Tuesday evening.

At past 1 a.m. Tuesday, she led the nightly police and military patrol around the city to implement local ordinances, especially the curfew hours for minors from 10 p.m. to 4 a.m.

It was the first night patrol for Sayadi since the campaign period for local candidates started on March 28.

The operation resulted in the arrest of 15 violators, who thought that
the curfew was no longer in effect because they have been violating it
since March 28.

“Even if I am not feeling well, I need to supervise the ronda patrol to ensure our city residents can sleep soundly,” Sayadi said.

Sayadi was elected vice mayor in the 2016 local elections with her brother, Japal Guiani Jr, elected as mayor. Only months later, Mayor Guiani died due to a lingering illness and Sayadi assumed the post by the law of succession.

“Discipline is a key for the city to grow and improve,” Sayadi said ina
statement. “Law violators must be reprimanded and charged appropriately when diplomacy fails.”

Before she led the “ronda” patrol, Sayadi reminded residents that everybody should follow the law in Cotabato City.

“Gone are the days when violators simply got away with their offenses because nobody was brave enough to face them,” Sayadi said.

The lady mayor expressed consternation after learning that among the latest curfew violators was a six-year-old child, whose mother is working abroad and his father was not home.

Sayadi vowed to continue her advocacy after learning that the public favors the way she runs the affairs of the city. (PNA)