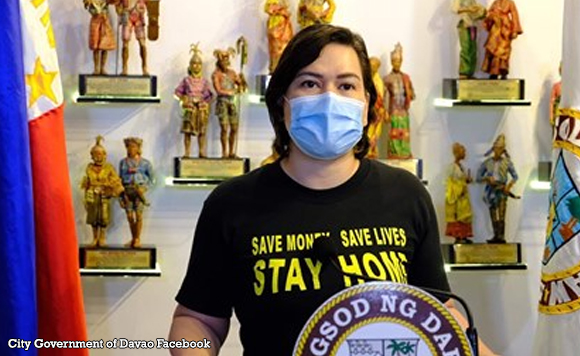 Davao City Mayor Sara Duterte-Carpio said Monday, March 8, that she will not solicit for campaign contributions from other people should she run for any position in next year’s election.

In her radio program, the mayor addressed issue related to her alleged political campaign contributions and solicitations.

The presidential daughter said ever since she ran for public office, as vice mayor and mayor of Davao City, she never solicited money from anyone, including businessmen.

For the 2022 national and local elections, the Commission on Elections has set October 1 to 8 this year as the schedule for filing of Certificates of Candidacy for all elective positions.

Some groups have been urging Duterte-Carpio to run for president in next year’s poll.