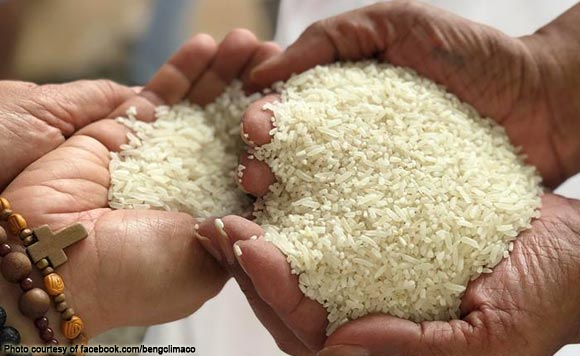 0 152
Share
Want more POLITIKO News? Get the latest newsfeed here. We publish dozens and dozens of politics-only news stories every hour. Click here to get to know more about your politiko - from trivial to crucial. it's our commitment to tell their stories. We follow your favorite POLITIKO like they are rockstars. If you are the politiko, always remember, your side is always our story. Read more. Find out more. Get the latest news here before it spreads on social media. Follow and bookmark this link. https://goo.gl/SvY8Kr

The provincial government of Cotabato has vowed to look into the alleged discrepancies in the distribution of rice assistance to the affected families of El Nino phenomenon.

This as the Sangguniang Panlalawigan has declared a state of calamity in the province due to prolonged drought.

The local government said that part of the immediate assistance to the most vulnerable and affected sectors was the distribution of 30,000 bags of NFA rice.

With the significant increase in the number of affected family beneficiaries, the local government said it made adjustments in the number of kilos of rice to be distributed in order to reach all the identified recipients.

“This concern was relayed by the PSWDO (Provincial Social Welfare and Development Office) during their consultation with the MSWDOs (Municipal Social Welfare and Development Offices). All MSWDOs were informed that in order to cater all identified beneficiaries, only four (4) kilos of rice per pack will be distributed instead of the usual five (5) kilo-rice,” it said.

“However, the MSWDO-Arakan may have overlooked on that particular modification which led to a discrepancy as to the actual number of kilos of rice distributed which is at four (4) kilos per pack compared to the number of kilos indicated in their List which is at five (5) kilos per pack. This incident can be verified from the pertinent records of the Municipal Social Development Office of Arakan, Cotabato,” it added.

There were also concerns that some of the recipients only received 3.5 kilos of rice instead of four kilos.

“As to the issue that some of the rice distributed only weighs 3.5 kilos or below 4 kilos per pack, the Provincial Government of Cotabato will conduct investigation on the matter,” the local government said.

It reminded the PSWDO to “exercise diligent supervision” over the packing of the rice assistance.

Under the Food-for Work program, the PSWDO has hired people to pack the rice with the assistance of the police volunteers.