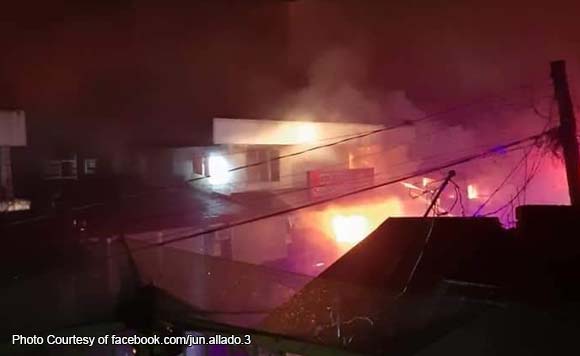 Arson investigators have yet to determine what triggered the conflagration that struck at 8:15 p.m. amid a heavy downpour in the area.

The store’s lone security guard, who was staying outside the closed establishment, said he smelled something burning from inside so he opened the “roll up-roll down” door only to find a huge fire already eating up flammable materials inside.

He also heard explosions believed to have been caused by a liquefied petroleum gas (LPG) tank inside, although he clarified that the store does not sell LPG but uses one or two for cooking food inside.

“The flammable materials inside the store made the fire difficult to contain,” Kidapawan City Fire Marshall Major Leilani Bangelis said.

Investigators were looking into an electrical short circuit, overload, or unattended electrical appliances as the possible source of the fire.