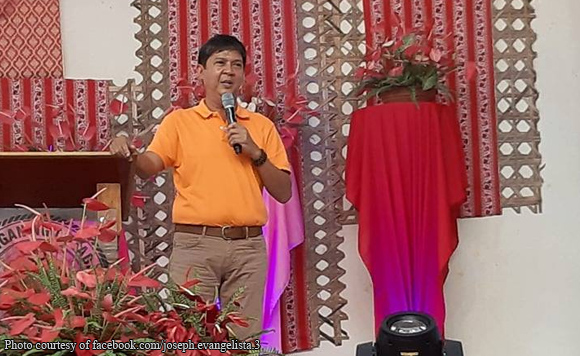 0 211
Share
Want more POLITIKO News? Get the latest newsfeed here. We publish dozens and dozens of politics-only news stories every hour. Click here to get to know more about your politiko - from trivial to crucial. it's our commitment to tell their stories. We follow your favorite POLITIKO like they are rockstars. If you are the politiko, always remember, your side is always our story. Read more. Find out more. Get the latest news here before it spreads on social media. Follow and bookmark this link. https://goo.gl/SvY8Kr

Kidapawan City Mayor Joseph Evangelista has urged all the hog raisers in the city to participate in the African Swine Fever (ASF) Awareness Forum on September 24.

The local government said it is undertaking “pro-active approach” following the confirmation made by the Department of Agriculture (DA) that there were already cases of ASF in the country, particularly in Rizal and Bulacan.

The Office of the City Veterinarian (OCVET) will spearhead the ASF Awareness Forum to be held at the Cooperative Development Training Center in Barangay Magsaysay.

The OCVET has also started to get blood samples of the hogs in Barangay Balindog, the city government said.

The samples have been sent to the DA Regional Office 12 in General Santos City to determine if there are ASF cases in Kidapawan.