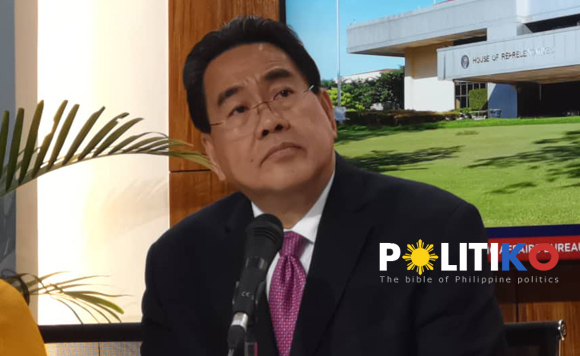 He said the presence of the Navy facilities would help “maintain security in our archipelago specially the Manila Bay area.”

The project was bagged in 2019 by a consortium with China Communications Construction Co. Ltd., which was blacklisted by the United States for island building in the South China Sea.

Rodriguez said the naval base where the stations are located serves as the headquarters of the Naval Installations Command and houses “other vital facilities and offices of the Philippine Navy.”

“Vice Admiral Bacordo further stated that the naval base in Sangley is guarding the entrance to Manila Bay, which is the center of gravity of the national government. If Manila Bay falls, the whole country falls,” he added.

Rodriguez pointed out that the Navy chief is of the opinion that the planned Sangley Point airport and the Navy base “can operate together and can co-exist.”

He said the naval presence in that part of Cavite also serves as a reminder to Filipinos that “Sangley Point was the site of the battle for Manila Bay during the Spanish-American War, which was a very important event in Philippine history that marked the end of centuries of Spanish rule in the country.”

SPIA is a 1,500-hectare master-planned international airport hub being developed by the Cavite provincial government, which has awarded the contract for the initial phase of the project to a consortium composed of MacroAsia Corp. and China Communications Co. Ltd.

The Chinese firm is reportedly among construction companies involved in Beijing’s reclamation projects in disputed areas including our West Philippine Sea.