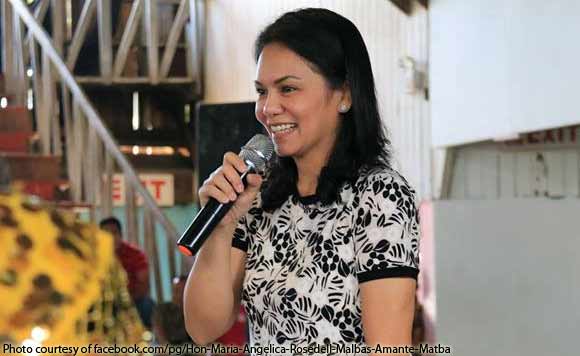 0 479
Share
Want more POLITIKO News? Get the latest newsfeed here. We publish dozens and dozens of politics-only news stories every hour. Click here to get to know more about your politiko - from trivial to crucial. it's our commitment to tell their stories. We follow your favorite POLITIKO like they are rockstars. If you are the politiko, always remember, your side is always our story. Read more. Find out more. Get the latest news here before it spreads on social media. Follow and bookmark this link. https://goo.gl/SvY8Kr

President Rodrigo Duterte believes he was able to get the support of Agusan del Norte Governor Maria Angelica Rosedell Amante Matba in the 2016 polls because of their reported romantic past.

In a speech at the Department of Justice’s 120th anniversary Tuesday (September 26), Duterte reminisced about the lack of support he had from politikos when he ran for president.

He said he only had a handful of politikos supporting him, including Ilocos Norte Governor Imee Marcos, Marinduque Rep. Lord Allan Jay Velasco and Matba.

Duterte, however, clarified that whatever special relationship he and Matba had happened long ago.

Nuñez: Prayer rally for CDO Mayor is just a ‘drama’