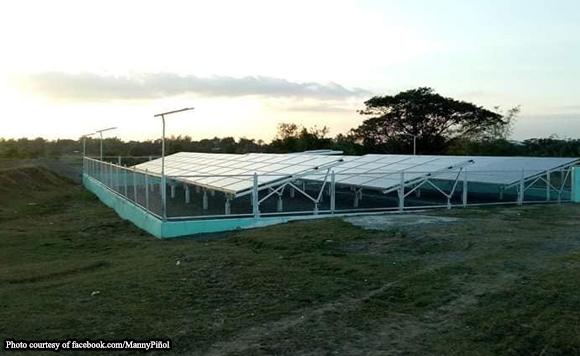 The Mindanao Development Authority (MinDA) will push for the adoption of the solar-powered water generation technology for local government units (LGUs) in Mindanao to provide their constituents with drinking and irrigation water, an official said Saturday, August, 28.

This was after the successful establishment of the Municipal Economic Enterprise Development Office of Taraka, Lanao del Sur, said MinDA Chairman Emmanuel Piñol.

He said MinDA will assist LGUs in crafting the Cost Recovery Scheme so that investments made in solar-powered irrigation (SPIS) and solar-powered water systems (SPWS) could be recovered.

“MinDA is pushing the Mindanao Water Supply Program (MinDAWater) as it aims to provide every community in Mindanao with safe potable water and irrigation water to improve agricultural production,” Piñol said.

With the implementation of the Mandanas-Garcia Ruling of the Supreme Court, granting LGUs with bigger share of revenues collected by the national government starting next year, he said the local governments can fund their own SPIS and SPWS.

Investments made in SPIS and SPWS could be recovered using the Taraka, Lanao del Sur Template which MinDA is willing to share with other LGUs to be replicated, the official added.