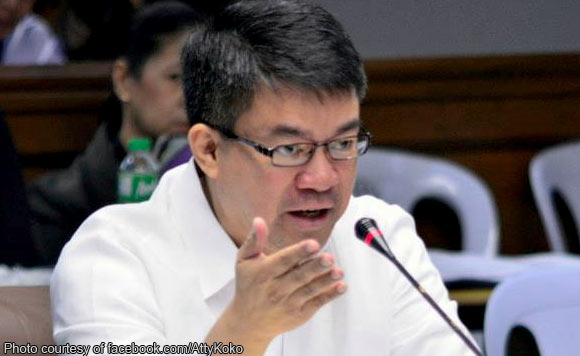 Senate President Aquilino “Koko” Pimentel III on Sunday said he would remain a friend and admirer of colleague, Sen. Emmanuel “Manny” Pacquiao even if gets out of the limelight.

“When he was at the peak of his boxing career and global popularity, he allowed me to be his friend. And I will be his friend and admirer up to the day I say goodbye to this world,” Pimentel said.

It was unclear when Pimentel’s friendship with Pacquiao started although his affiliation with his present political party, started in April 2012 where he was even named as vice president for Mindanao of PDP-Laban.

Prior to that, Pacquiao joined the Nacionalista Party (NP) of former Sen. Manuel “Manny” Villar in 2009 and a year later, bolted out to join the Liberal Party and later on associated himself two years after with Vice President Jejomar Binay who was then poised to run for president.

In July 2016, he returned to PDP-Laban and took his oath before Pimentel, the party president.

Wow! This is how the Ecleo mansion in Dinagat looks like