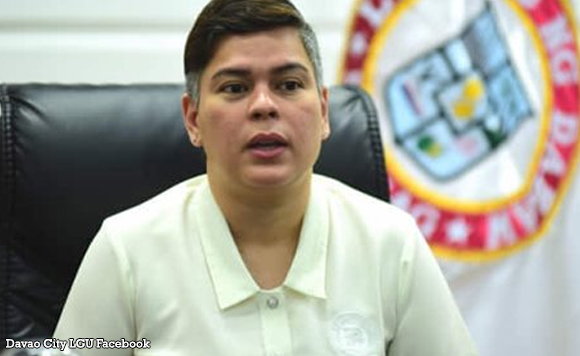 Davao City Mayor Sara Duterte-Carpio said she would continue to allow barbershops and salons to operate despite an updated Omnibus Guidelines of the Inter-Agency Task Force for the Management of Emerging Infectious Diseases (IATF), which provides that such establishments should remain close under the general community quarantine (GCQ).

The mayor said she empathizes with the workers, noting that under the first IATF Omnibus Guidelines issued on May 5, 2020, salons and barbershops were allowed to open.

“Wala nako gipasarad-an na kay dili man gud na puwede… pabag-o bag-o ba. Karon puwede, unya dili. Kung puwede, puwede, kung dili, dili (I did not order their closure because it must not keep on changing. Now it’s allowed, later it’s not. If it’s allowed or not, so be it),” she said.

“Luoy ang mga tao. Ang mga negosyante wala’y problema na sila but ang mga employees, mura gani’g hatag-bawi, hatag-bawi (I pity the people. There is no problem with the businessmen but it’s the employees – it’s already given and then take away again from them),” the mayor explained.

Duterte-Carpio said she city government would follow what is favorable to the employees.

“So unsa’y favorable karon sa employee and sa worker, mao ang atoang sundon since duna’y DTI (Department of Trade and Industry) 20-22, May 5 to siya, and then nasultian na nato ang mga tao nga they are allowed based on that memorandum circular, wala na nato siya gibawi didto sa summary na gibuhat nato para sa mga tao sa May 22 version sa Omnibus Guidelines (Whatever is favorable for the employees is what we will follow. We have already informed the people that they are allowed to work according to the DTI Memorandum Circular 20-22 last May 5. We did not take back our word in the recent summary we release from the May 22 version of Omnibus Guidelines),” she said.

Under the updated IATF Omnibus Guidelines dated May 22, 2020, which the city government posted on its Facebook page, it said that personal care services such as massage parlors, sauna bath establishments, facial care, foot spa, waxing salons are among those not allowed to operate.