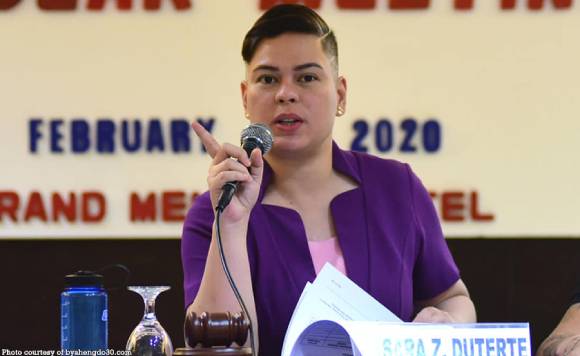 Davao City Mayor Sara Duterte-Carpio has urged the Dabawenyos to look back on their cultural roots and the challenges facing the indigenous peoples (IP) as the city kicked off the “Kadayawan sa Dabaw” Monday, August 10.

The local chief executive said Kadayawan is a celebration of a bountiful harvest and the IP in Davao City.

While Dabawenyos enjoy a long weekend on August 21 to 24, Duterte-Carpio said that Dabawenyos should celebrate Kadayawan in their homes.

Dabawenyos can participate in the watch parties via the Kadayawan Digital Week 2020. They can also cook indigenous recipes in their homes and spend time with their family.

If people choose to go out, the mayor reminded them to practice health protocols such as wearing masks, maintaining one-meter distance from other people, and frequent handwashing for their protection.

During Monday’s joint Media Launching of the Kadayawan Digital Week 2020, the city government and the Davao Tourism Association (DATA) released the Kadayawan schedule of activities.

Gatchi Gatchalian, the DATA president, said this year’s Kadayawan will be a commemoration, instead of a celebration, because the city has declared a period of mourning until December 31, 2020, due to the pandemic.