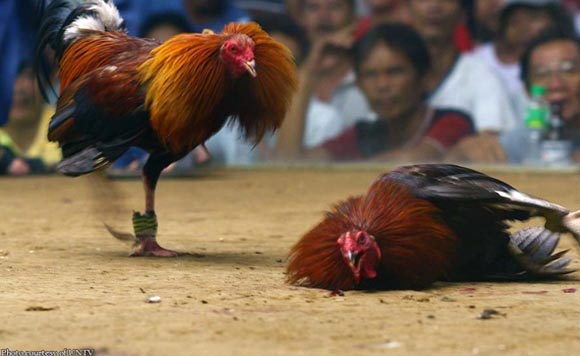 DAVAO CITY — The City Mayor’s Office said it has conducted an inquiry into the three-day derby that occurred on early last month at the New Matina Gallera here.

The probe came after the series of deaths of individuals suspected to have 2019 coronavirus disease (Covid-19) who had attended the derby.

Dr. Cleofe Tabada, medical officer of Department of Health in Davao Region-Regional Epidemiology Surveillance Unit ((DOH 11-RESU), bared that of the 11 deaths recorded in the region, six were connected to the cockfight event.

As far as contact tracing is concerned, Tabada said in a presser on Monday that a total of 427 individuals present at the New Matina Gallera have been identified.

“As to the secondary contact tracing, we have also identified more than a thousand already,” Tabada said.

In a radio interview on Monday, Mayor Sara Duterte clarified that based on the documents and the timeline covering the community quarantine, no law has been violated in the conduct of the event.

“I asked the concerned office and let them explain their part and we found out that there was no law violated since they have the complete papers,” she said.

However, she added that on March 3 and 8, the Division Chief of the Business Permit and Licensing Division (BPLD) could have stopped the conduct of the derby and further prevented the situation from escalating–but did not vigorously act on it.

“It was a judgment call that was never made. This person already tendered resignation effective Saturday (April 4). This serves as a reminder for all officials in the city government to always put forward the general welfare of the residents of the city,” she said.

–On February 4, 2020, the Sangguniang Panlungsod Council issued a Resolution to approve the request for the conduct of a derby.

–On February 7, DOH Secretary Francis Duque III issued an advisory urging the public to avoid attending, participating in, and organizing events that draw a huge number of attendees.

The DOH also recommended the “cancellation of such planned big events or mass gatherings until further advice”.

–On February 10, Duterte canceled all major activities lined-up for the 83rd Araw ng Dabaw celebration in adherence to the memo issued by DOH and as a precautionary measure to prevent the spread of Covid-19.

“I would like to clarify that the derby is not an official Araw ng Davao event. It is a private event,” Duterte said.

–On March 3, 2020, the BPLD issued the permit after all the required documents were duly submitted and complied with.

–On March 8, 2020, Guidelines No. 3 on Covid -19 was issued. It did not prohibit the conduct of private events, however, it clearly set the direction of postponing such events.

–On March 12, 2020, Duterte said she instructed the Davao City Police Office (DCPO) to shut down all “galleras” upon learning about the ongoing derby. (PNA)