Jocellyn Duterte: You won’t be who you are now if he was not your father 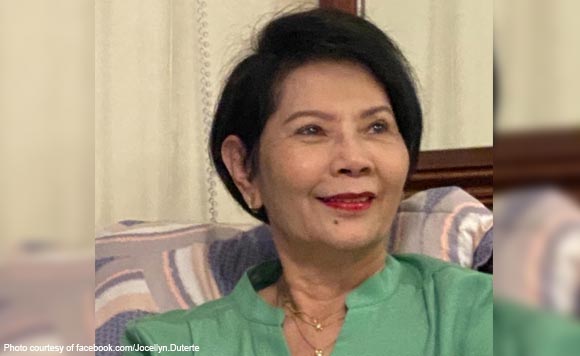 The Presidential sister shared her thoughts on the Duterte patriarch’s legacy.

Presidential sister Jocellyn Duterte-Villarica recently honored the legacy of their father, Vicente Duterte. On her facebook, the Presidential sister wrote a lengthy piece, telling how much his dad offered his life for public service in Davao City. She also made some remarks, about being grateful on the Duterte legacy.

“I am certain of one thing, that somehow you will not be who you are now if he was not your father, who gave you his name and legacy, far more than any gold or treasure on earth. Malungkot man na ang isang pamilya ay hindi pinagpalad na magkaisa, pero, ikaw ang AMA na kinikilala… paano mo dalahin and isang Bayan na dumadaan sa hirap at dusa?!?”, she wrote.

She also added that a true child should know how to look back on his roots, and offer a sense of gratitude. She also added on the comments section that she’s trying to send a message, albeit vague.

Jinkee Pacquiao is the ultimate plantita

Fema Duterte claims there are seagulls in Manila Bay