Jinkee and Jimuel Pacquiao clears up “ayuda” rumors with Heaven 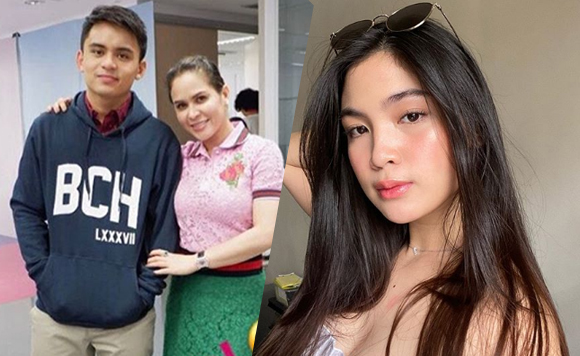 Recently, the Pacquiao family was swept up in rumors: Heaven Peralejo – Jimuel’s ex-girlfriend – had apparently asked Senator Manny for “ayuda”, and had been given ₱100,000 financial assistance by her wife, Jinkee.

To clear up the issue, Jimuel (@pacquiao.emmanuel on Instagram) released an earlier statement via Instagram stories: “I would like to clarify that the issue posted by Lolit Solis and fashionpulis about Heaven is false. There was no money given and there was no communication. We keep getting involved in these issues and I just want to clear things up. She is not that type of girl and we are in good terms so no need for all the bashing.”

The former Vice Governor of Sarangani then proceeded to pray for peace and love, and later on wished Heaven to stay safe and beautiful.