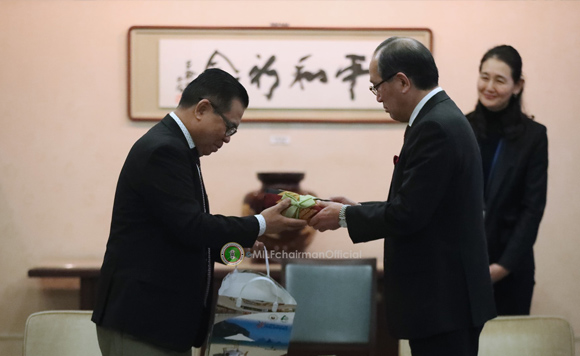 The Japan International Cooperation Agency (JICA) has conferred an award to Bangsamoro Autonomous Region in Muslim Mindanao (BARMM) Chief Minister Ahod “Al Haj Murad” Ebrahim for his exemplary contributions to the peace and development in the Bangsamoro region.

JICA President Shinichi Kitaoka led the conferment of the Covenant President Award to Ebrahim on February 4 during the latter’s visit to Japan, the regional government said.

Ebrahim went on a 4-day trip to Japan where he also met with the country’s different political leaders and visited industrial and infrastructure companies to discuss possible partnership that would help in the development of the Bangsamoro region.

Ebrahim paid a courtesy call on the vice governor of the Hiroshima Prefecture. He also discussed with Hiroshima City Mayor Kazumi Matsui the roles of national, regional, and local governments to city development.

The interim Chief Minister also met with the officials of the Philippine Embassy in Tokyo.

The Bangsamoro official visited the House of Parliament in Tokyo as well as Hiroshima Peace Museum and Hiroshima Fisheries and Promotion Center.