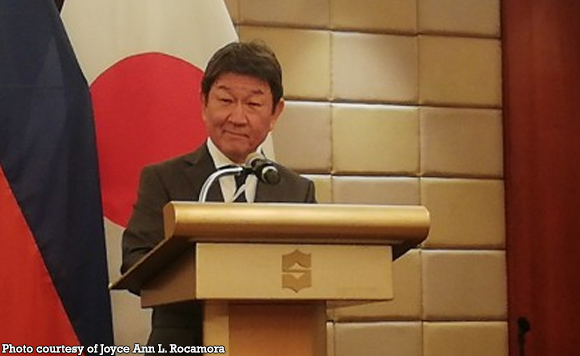 “With regard to peace in Mindanao, we welcome the lifting of martial law at the end of last year,” Motegi said in a joint press conference with Foreign Affairs Secretary Teodoro Locsin Jr. in Makati City.

President Rodrigo Duterte did not extend anymore martial rule in Mindanao after it lapsed on Dec. 31, 2019.

Martial law was declared in Mindanao in May 2017 following the Marawi siege.

“Japan also supports activities for disarmament and retirement of Moro Islamic Liberation Front soldiers and we will strengthen support to social infrastructure which will enable people in Mindanao to actually feel the dividend of peace,” he said.