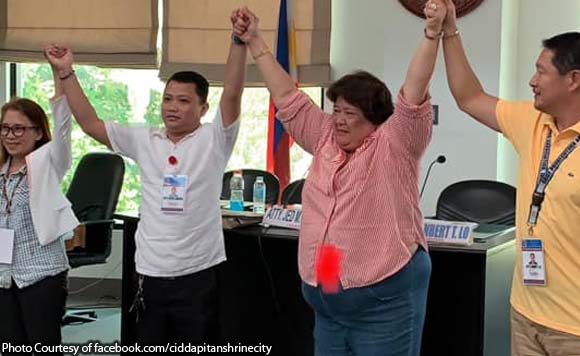 Jalosjos got 26,407 votes against her challenger, former mayor Evelyn Uy of nearby Dipolog City, who got 20,642 votes.

Dapitan, a third-class city has 50 barangays with 57,434 registered voters.

Only one of candidates for councilor from Uy’s camp, Jezebel Balisado, entered the 10-seat Sangguniang Panlungsod.

The race has now shifted to the gubernatorial seat, where Zamboanga del Norte first district Rep. Seth Frederick Jalosjos, the nephew of Mayor Jalosjos, is in a tight race against incumbent Gov. Roberto Uy, Evelyn’s husband.