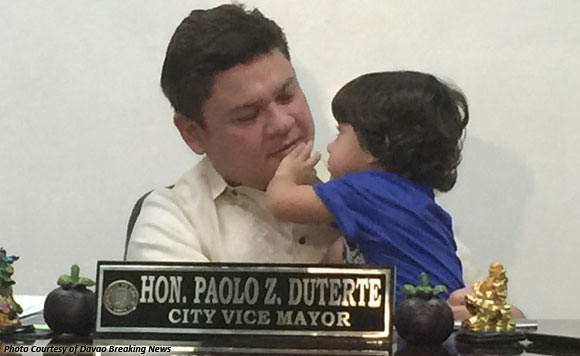 President Rodrigo Duterte will likely reject the honorary degree being offered by the University of the Philippines. Here’s why.

Davao City Vice Mayor Paolo “Pulong” Duterte said his dad would probably pass with the state university’s offer of an honoris causa as Doctor of Laws, amid brewing online fury among the school’s alumni.

The UP Board of Regents has offered the degree to Duterte, citing tradition as it granted the same academic commendation to past presidents on their first year in office.

“[K]nowing my father, he does not give a heck with any ‘honorary degree’ simply because he knows he did not worked hard for such a degree,” the Duterte son said in a Facebook post, saying that his dad was always one to reject public recognitions.

“Our family though thank the UP Board of Regents for even considering our father. Pero ok na akong papa as being the President of the Republic of the Philippines.”

He even spared some words for those protesting the university’s offer, saying: “To the so-called learned individuals who frown upon the plan of the University of the Philippines to grant an honorary doctorate degree to the President, you can have that honorary degree for all we care.”