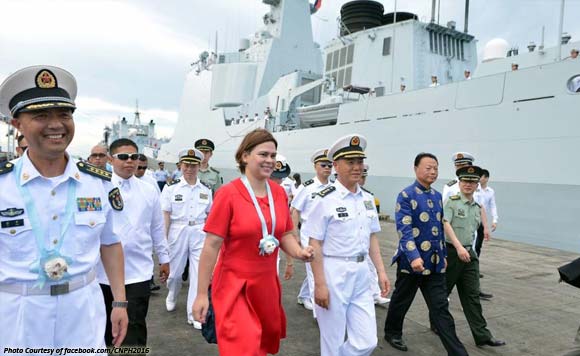 The ongoing three-day goodwill visit of three Chinese naval vessels in Sasa Wharf, Davao City is a good start for the opening of communications between the Philippine Navy (PN) and the China People’s Liberation Army (PLA) Navy.

The lady politiko added that the visit was also a step toward better cooperation between countries, which are both involved in the West Philippine Sea dispute.

“Alam mo ina-acknowledge namin ang problema sa West Philippine Sea pero this is a good start of the opening of channels of communication between Chinese Navy and Philippine Navy so maybe they can sit down and talk with each other so alam nila anong gawin at magkakaintindihan sila,” she said in the same report.