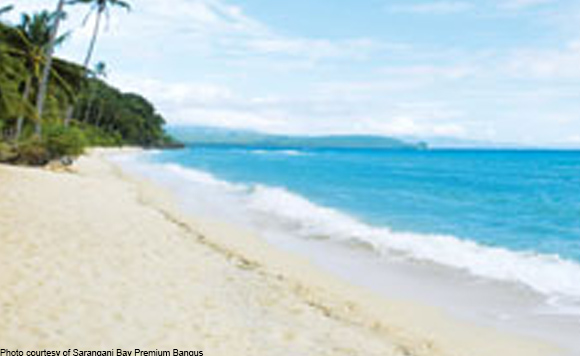 GENERAL SANTOS CITY — Marine resources within the Sarangani Bay remains at risk due to pollution and contamination from wastes disposed by local communities and industries, an environment official said Monday.

Saikol said households in areas surrounding the bay have been monitored to be disposing their wastes on the open seas.

“There are communities that don’t have enough comfort rooms so some of them just use the sea,” he said in an interview over television show Magandang Umaga South Central Mindanao.

He said the practice was the main reason for the presence of fecal coliform in the bay’s waters.

Test results were not immediately available but Saikol, a former regional director of the Environmental Management Bureau (EMB)-Region 12 for 11 years, said fecal coliform was considered as among the top pollutants of the Sarangani Bay.

He said the EMB has been conducting regular testing at the bay, especially in the beach areas, for fecal coliform and other contaminants.

Saikol said these include the presence of heavy metals like arsenic and cadmium that could have come from industrial users.

“These (heavy metals) are regularly monitored since it should not exceed the allowable levels. It could be dangerous to our marine resources and residents,” he said.

In coordination with local government units and non-government organizations, he said DENR-12 has been educating community residents and other stakeholders about the risks posed by hazardous wastes to the bay.

DENR-12 has also conducted cleanup drives on beaches and immediate waters in partnership with local communities and divers, he added.

On Monday, around 300 volunteers joined the clean-up drive at the Queen Tuna Park here and the neighboring areas in celebration of the Earth Day.

“We really need to protect our marine life and one way to do it is by making sure that they will be free of our wastes,” Saikol added. (PNA)